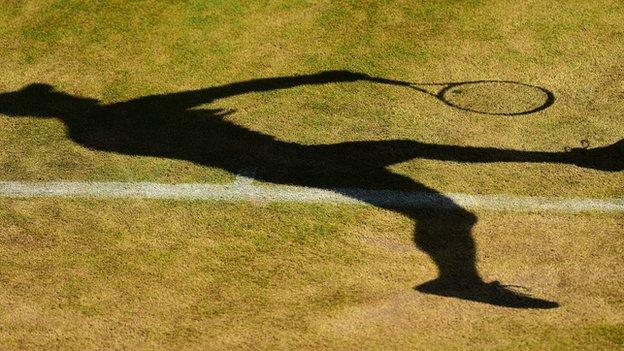 Secret files exposing evidence of widespread suspected match-fixing at the top of world tennis, including at Wimbledon, can be revealed. 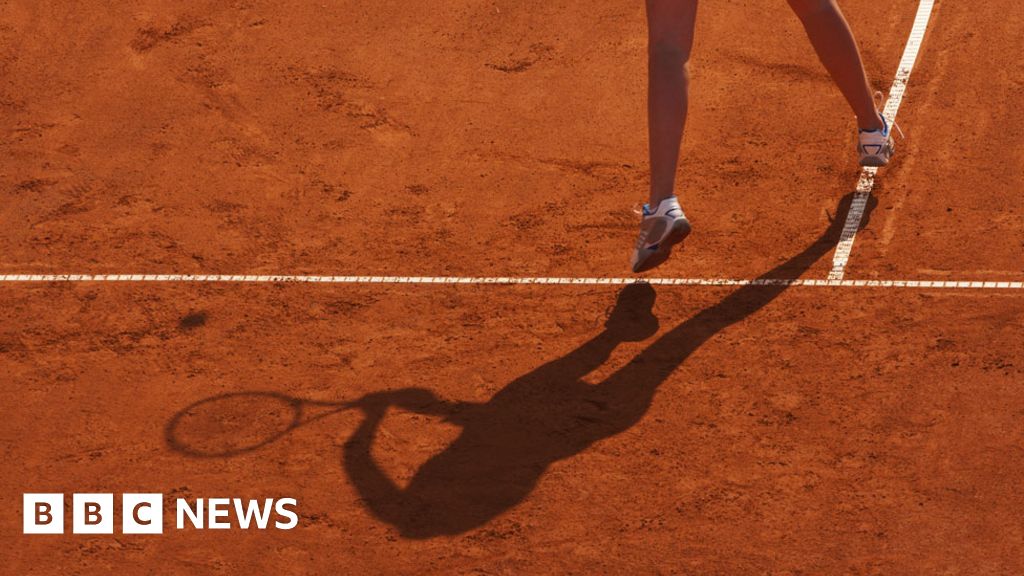 The Tennis Files: Have top players been paid to lose?

The world tennis authorities admit they took no action to pursue 28 players, including winners of Grand Slam titles, named in a secret 2008 report into suspected match-fixing.

• The Tennis Integrity Unit and the tennis authorities absolutely reject any suggestion that evidence of match fixing has been suppressed for any reason.
• In its investigations the Tennis Integrity Unit has to find evidence as opposed to information, suspicion or hearsay
• A year-long investigation into the Sopot match in 2007 found insufficient evidence. As the BuzzFeed report states: “the investigators had hit a brick wall. It just wasn’t possible to determine who the guilty party was in relation to this match."
• All professional players, support staff and officials are subject to the Tennis AntiCorruption Program
• Tennis Integrity Unit-instigated anti-corruption investigations have resulted in 18 successful disciplinary cases including five players and one official who have been banned from the sport for life.

In response to match fixing allegations aired on BBC News and BuzzFeed online, the four governing bodies of tennis (ATP, WTA, Grand Slam Board, ITF) who are partners in the Tennis Integrity Unit (TIU), said today that there is a zero-tolerance approach to all aspects of corruption and that they are and will continue to be firmly committed to protecting the integrity of the sport.

Speaking on behalf of the partners, Chris Kermode, Executive Chairman of the ATP and Tennis Integrity Board member, said: “Tennis remains fully committed to meeting the challenge that all sports face from corrupt betting practices. We have stringent procedures and sanctions in place to deal with any suspected corruption and have shown we will act decisively when our integrity rules are broken.

“No player or official is immune from investigation, regardless of their status or position in the sport. Investigations follow where evidence leads” Mr Kermode said. “All professional players, support staff and officials are subject to the terms of the Tennis Anti-Corruption Program (TACP) which equips the TIU with substantial investigative powers. These include the right to interview any relevant person of interest and obtain their telephone, computer and bank records.

“No player or official is ever cleared by the TIU of potential involvement in corruption. By its very nature, corruption is difficult to prove, so while the process can often be lengthy, the TIU will continue to pursue evidence where it believes it is warranted.”

In 2011 the TIU opened an investigation into a player that was subsequently placed on-hold for lack of substantive evidence. When new evidence was obtained in 2013, the player was charged and found guilty of three breaches of the TACP.

He was suspended for a period of five years and fined US$25,000. A subsequent appeal to the Court for Arbitration in Sport (CAS) in early 2014 was dismissed and the original sanction upheld.

“For four years the TIU continued to pursue this case; time and effort that was vindicated by removing a corrupt player from the game for a substantial period of time” Mr. Kermode said.

“We remain open and willing to upgrade any or all of the anti-corruption systems we have in place if we need to.”

In September 2008 the four tennis associations came together to streamline and strengthen corruption investigations becoming one of the first major sports to establish its own dedicated anti-corruption unit.

The Tennis Investigation Unit is charged with enforcing the sport’s zero-tolerance policy towards gambling-related corruption worldwide. Since 2010, TIU-instigated anti-corruption investigations have resulted in 18 successful disciplinary cases being brought forward.

These prosecutions include five players and one official who have been banned from the sport for life. Each of the 18 cases was a result of TIU-instigated investigations, rather than law enforcement or judicial prosecutions, or sting or entrapment operations.

Where cases have been appealed by players to the Court for Arbitration in Sport, the original period of suspension handed down by an independent Anti-Corruption Hearing Officer has been upheld. This reinforces the robustness of the original investigation and the strength of evidence gathered by TIU.

The TIU online anti-corruption player education program is mandatory and has been completed by more than 23,000 professional players.

“There are nearly 21,000 active professional players and over 2,100 officials, playing and officiating in over 1,500 tournaments in 80 countries around the world. The vast majority of these individuals are good people of high integrity,” Mr Kermode said.

“Unfortunately, there is always a minority who seek personal gain from corrupt activity. Those individuals will continue to be subject to investigation by the TIU and disciplinary sanctions which include lifetime bans and punitive financial penalties.”

Environmental review of integrity in professional tennis
In 2008, the governing bodies of tennis commissioned an independent investigation by two leading experts into the integrity of the sport.

As part of their review they examined 73 matches:

The report, published in May 2008, found that professional tennis is not institutionally or systematically corrupt. However, there were intelligence indications that some players are vulnerable to corrupt approaches and there are people outside tennis who seek to corrupt those within the sport.

The report made 15 recommendations including the creation of an Integrity Unit.

Currently under the leadership of Director of Integrity Nigel Willerton, a former senior detective with the Metropolitan Police in London, the Unit has a global brief to protect the sport from all forms of betting-related corrupt practices.

The TIU works on a confidential basis and makes no public comment on its work other than to confirm the outcome of an investigation that results in disciplinary action being taken. It is operationally independent from the governing bodies of tennis and works on a global basis from its base in London. In protecting the integrity of world tennis it has a remit that covers:

• Education: Explaining the tactics and approaches used by potential corruptors forms part of the TIU’s education program for players and support staff. All players are made aware of these risks and the responses required under the terms of the Tennis AntiCorruption Program. Protecting innocent players from unfounded and malicious allegations of corrupt practice is another important role.

• Investigation: The TIU has a range of investigative powers that it can bring to bear in any matter of concern that it identifies or that is brought to its attention. Investigation can include any of the following elements:

The TIU can launch an investigation at any time at its own discretion. To maintain the confidentiality requirements of the Tennis Anti-Corruption Program, the Unit does not announce, comment on or confirm any of its investigative activities. The only time public comment is made is after a Hearing has taken place and there has been a finding against a player or other person under the Tennis Anti-Corruption Program.

• Disciplinary sanctions: sanctions for proven breaches of the Anti-Corruption Program are delivered by nominated Anti-Corruption Hearing Officers appointed by the sport’s Governing Bodies. Depending on the seriousness of the breach, player sanctions can include:

Penalties can be subject to appeal to the Court of Arbitration for Sport in Lausanne, Switzerland.

(i) Maintain the integrity of tennis;
(ii) Protect against any efforts to impact improperly the results of any match; and
(iii) Establish a uniform rule and consistent scheme of enforcement and sanctions applicable to all professional tennis Events and to all Governing Bodies.